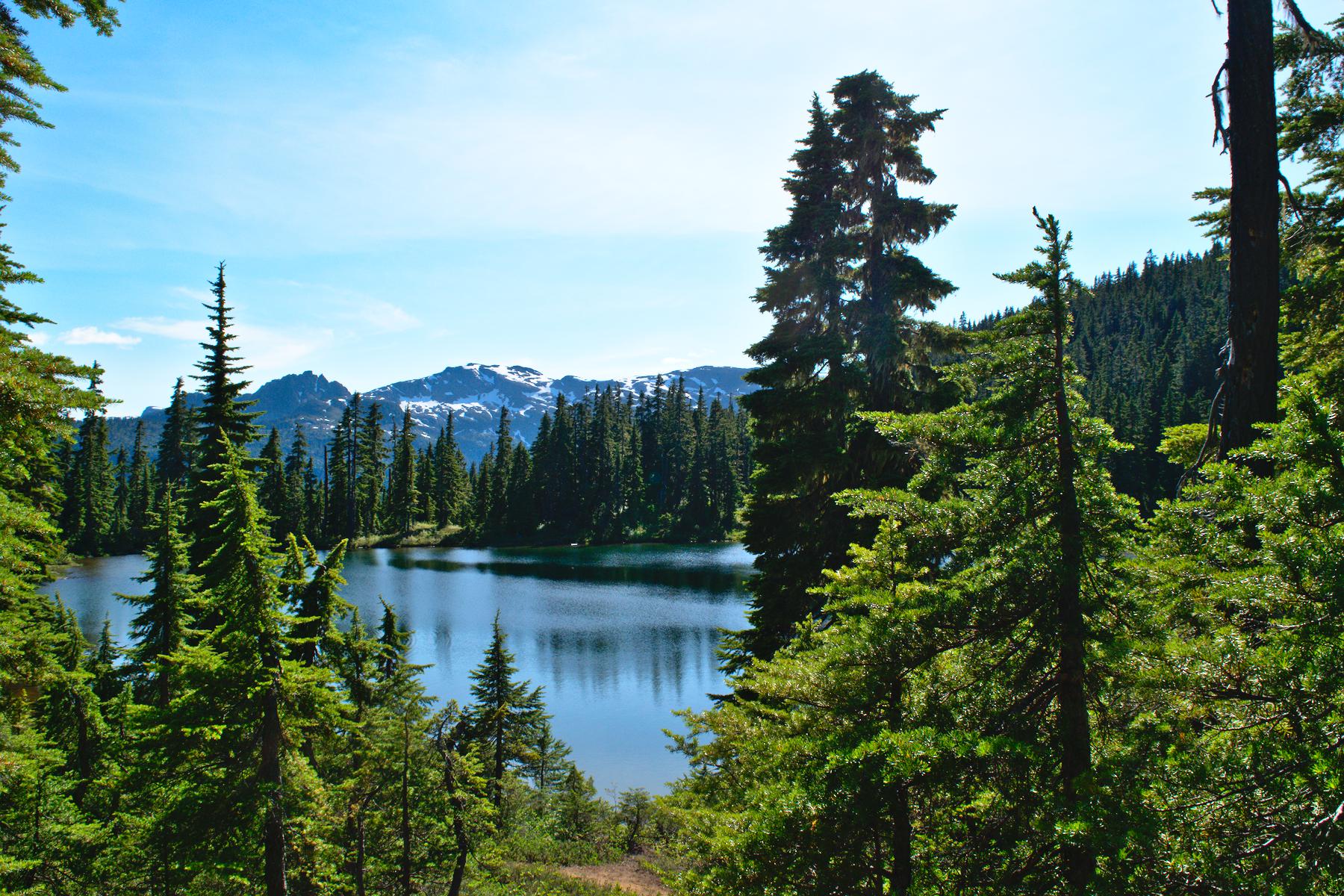 Time escapes us on this island. It is hard to imagine that it’s already been three weeks since we celebrated Canada Day and Independence Day in Tofino. The memories are as vivid as if they happened yesterday. Nyma and I have been so busy, time has slipped through our hands like sand.

Every day is a new adventure for us. We have hiked hundreds of kilometers exploring old-growth forests, rocky beaches, tranquil lakes, and gushing rivers. From the surf of Tofino and the winds of Nitinat to the slow beaches and lakes on the mid-island, there is always something beautiful around the corner.

There are a few towns Nyma and I recommend next time you visit Vancouver Island. Nanaimo, Courtenay, Comox, and Campbell River are all right on the coast and enjoy incredible access to lakes, rivers, and plenty of wilderness. It is also easy to find parking close to town with beautiful views if you get creative.

Nyma and I particularly liked this small town on the coast. They have fantastic parks, an ocean boardwalk, and a beautiful lake just a ten-minute drive from downtown. Westwood Lake is where Nyma chose to start and end every day here. In the morning, we’d do the 5k walk around the lake, then we’d come back after work to run, swim, or fish.

It was quite a routine, let me tell you. The Russian couple we met at the lake our last night in Nanaimo had it right when they described life here as a “skazka,” or fairy tale. Within a short drive, you have your choice of the ocean, a river, or a lake, opportunities to hike, swim, fish, mountain bike, scuba dive, kayak, paddleboard. It’s all so easy, so accessible!

For me, ending each day watching the twilight sky ripple in a lake fills me with a harmony so great, I wonder if I’m in a dream. After some contemplation, I realized it doesn’t matter; it’s the feeling of awe that’s important. Vancouver Island did a great job of keeping me in this emotional state. Skazka, indeed.

Sitting on the coast with easy access to Comox Lake, plenty of mountain biking trails, and with a river running through town, Courtenay/Comox feels a lot like Bend, OR. It only takes about 10 minutes to drive anywhere you want to go, except skiing on the mountain, which takes about 40. It’s laid-back, with riverfront parks, summer tubing, and a budding brewery scene. There’s also scuba diving and kitesurfing, which gives it a leg-up over Bend. Still, with only three breweries and an uninspiring food scene, I’m not telling my friends to move here from Bend yet.

Over the weekend, Nyma and I visited Strathcona Provincial Park, where we hiked roughly 20 kilometers through scenic alpine meadows dotted with lakes. Our visit happened to coincide with Canada’s Parks Day, and the weather was absolutely fantastic. After our hike, we made dinner in the parking lot of the resort.

While we ate, we were surprised to see our friend Dylan from Tofino emerge from the resort and approach us. Firing up a joint, he explained how he was here for a cousin’s wedding, and he lived in Campbell River less than an hour away. He told us he had also bought a van from his uncle because we inspired him. Such wonderful words to hear. He offered us a spot in his driveway and to show us around town if we were heading that way. How could we refuse!

When the joint fizzled out and our dinner all cleaned up, Dylan went back to his party and Nyma and I went searching for a place to saddle up for the night. Five minutes down a gravel road brought us to a private spot with an amazing view of the sunset. We watched this and took photos as the crescent moon arced above Albert Edward’s crumbling peak. It was a Saturday very well-spent! We definitely earned our following day of recovery.

Campbell River – The Edge of the Wilderness

The other day, we began our morning with yoga at a lake, then hiked later along the Campbell River, which is teeming with salmon. We could see them leaping out of the water while we played fetch on the shore. The salmon run has only just begun. In a couple of weeks, these waters will be packed with salmon swimming upriver to spawn and lay their eggs. I’ve heard stories of 60-pound salmon inhabiting these waters…We will be back in Oregon by the time that happens, but what a sight that will be!

Dylan’s been showing us around, giving us the local insider knowledge. The town has roots as a logging and fishing village, meaning most of the people from here are either loggers or fishermen by trade. Even as the town is evolving with the economy, catering more towards tourists and selling energy from the new hydro dam, many still live the way of olden days.

And with wilderness out your back door, how could you not? Last night we went fishing for salmon. I got a bite but didn’t hook any fish. It’s still amazing just standing in the water and casting the line, cool water flowing around your legs. The swirling, sherbet clouds of twilight are totally dreamy, too.

Right when we were about to call it a night, Dylan hooked a salmon and fought to reel it in. After much splashing and jumping, he reeled in a beautiful Pink. We were eating that thing an hour later with some sweet potato fries. Yum! I don’t think I’ve ever had salmon so fresh. Even Nyma got fresh salmon for dinner because she was part of the team – lucky dog!

Looking Down the Road

As we near the end of our time on Vancouver Island, Nyma and I have been experiencing some bittersweet emotions. On one hand, we are excited to be closer to family and friends, reconnect into our social circles. On the other hand, the natural beauty of this island and the easy access to so many adventures are hard to turn away from.

We plan to catch a ferry to the mainland tomorrow. That will give us some time to check out Squamish before driving south back to Portland. We hope to see a few friends in Seattle on the way, as well.

For now we are trying our best to live in the moment, hiking every day and exploring all we can on the island. I have made a routine of meditating by water as often as possible, which has improved my mood and thoughts noticeably. This island continues to show me its magic, and I am paying more attention than ever. I can say with confidence that we’ll be back – hopefully sooner than later.

Did we miss one of your favorite spots on Vancouver Island? Any recommendations for us as we continue our journey? Leave us a comment below, and don’t forget to subscribe!